Haiku is the world’s shortest poet form with only 17 syllables in a five-seven-five pattern.Kigo and kireji are key elements in haiku. As it is impossible to depict an actual scene in full, abbreviation to the essentials is necessary. Kigo( season word ) is one such abbreviation ,symbolizing the season in which the poem is set. Kireji (i.e. cutting word) appears at the end of one of the three phrases, acting as a sort of spoken punctuation. Kigo and kireji enable haiku poets to get the understanding from the reader. 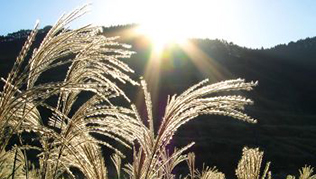 The theme of a haiku poem may be inspired by intuitive insight into nature and life.
A good example below is Matsuo Basho’s poem:

“ya” in the first phrase is a kireji. A-ma-no-ga-wa is a kigo depicting the fall. 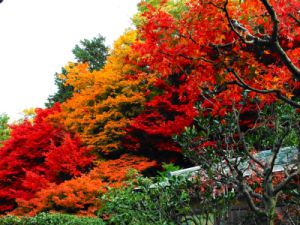 In the 14th century, renga (linked verse) appeared. In renga, one poet would compose the first three lines (5-7-5 syllables) of a poem and another would complete it with two more lines (7-7 syllables). Haikai, originally the first three lines of a renga, was established as an independent form in the 17th century. by a poet named Matsuo Basho (1644-1694)
He chose life and nature as a serious theme with aesthetic values called sabi for expressing delicate beauty and karumi for seeking a sophisticated interest in everyday life. He pursued the way to express the beauty of silence. Matsuo Basho has been respected as a saint of poetry as he elevated haikai from a playful game to one of the most important literary genres of the Edo period. Some of the most famous poets after Basho are Yosa Buson and Kobayashi Issa in the 18th-century. After Issa, popularity of haikai declined. The situation drastically changed when Masaoka Shiki (1867-1902) appeared. Shiki was strongly influenced by Western culture of Naturalism like other Japanese intellectuals at that time. He adapted to create a reformed haikai for sketching life. In the late 19th century, haikai came to be renamed haiku by Masaoka Shiki.
Haiku is very popular nowadays too, and can be said to have become an art form of the people.